I placed post it notes on the wall of the cultural hall containing one word or punctuation mark from
1 Corinthians 10:13. The class was divided in to teams so I did the same for both teams but on opposite sides of the cultural hall. When I said go, they had to race all the words down to the other end of the cultural hall and place them in order. It was a very effective way to review the scripture. My only advice is to make smaller teams. I have 24 students so I should have made 4 teams rather than 2.
When this was complete, there was another relay where the team had to put the books of the New Testament in order (see next post) Again, very effective, but smaller teams are recommended. 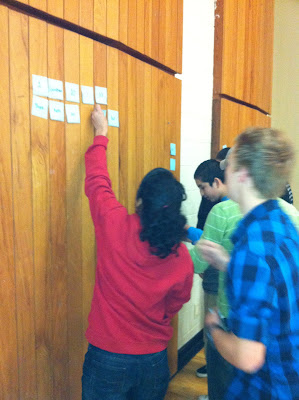 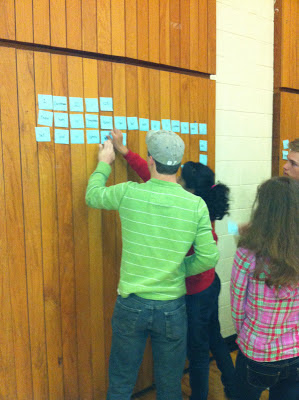 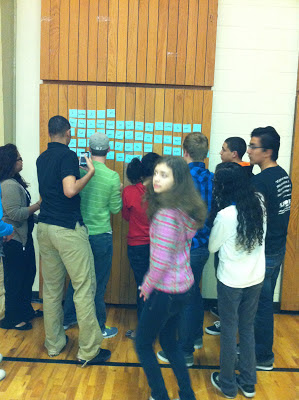