Do You Want A Donut?

Click HERE for a very effective class participation activity. It was powerful for my students. At first they looked at me with puzzled early morning looks but quickly the lights were turning on and they "got it" As their classmate had to continue doing push ups whether they wanted a donut or NOT.
The most effective was that the even if a person did NOT want a donut, the push ups were still done for them. Just like the Atonement-we can accept or reject. Even if we reject, the Savior still atoned for our sins. It is up to us to accept.

Before you do this with your class, be very familiar with the entire activity so you are prepared for the reactions from your students.
This is a very effective activity. I
highly recommend it for Seminary, Sunday School, Firesides, Youth Conferences, Camps, Family Home Evenings, etc.

*Photo from Tumblr
Posted by Shauna at 9:05 AM No comments:

Who Am I-General Conference Review

The week after General Conference, I used this as a review.
As my students entered the classroom, I placed a name tag on their backs.
Each student had the name of a current apostle or member of the first presidency.
**I have more than 15 students, so see below for adaptation ideas. 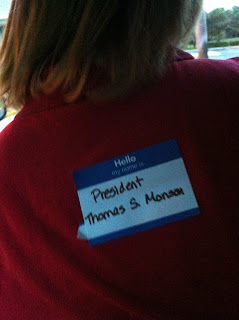 Asking questions that could only be answered with a yes or a no, they had to guess the name of who was on their back.
Once they thought they knew, they had to choose his photo from a pile I had up front and match it to a sheet listing interesting facts about the person.
When we went around the room to check if everyone was correct, I had the students name the main subject of the person's recent General Conference message. They were allowed to use their own notes for the answers. I had warned them in advance that their notes would come in handy during class that week and to bring them for using in discussion. This was such an effective activity.

We had fun learning some little-known facts about the Apostles and First Presidency and the students got to test their knowledge of the recent General Conference messages. I must say...they ROCKED it at every stage. I continue to be awed by their understanding of the scriptures and the focus they had on the recent General Conference. They refer to many of the messages each day in our regular lessons.

**Because I have more than 15 students, I gave name tags out for a few more of the recent speakers from General Conference but told those students they did not have an apostle or member of the first presidency. I gave them a key word or phrase from that speakers' message. Ex: Virtue= Sister Elaine Dalton.

**For a large class, this adaptation could be used for all of the General Conference speakers. Place all the speakers' names on the students backs Give a key word or theme and have them guess the name of the person on their back.

**For a smaller group, adapt this by session. Have the names of the Saturday morning session speakers posted on the students backs and have them guess who they are based on a key work clue, etc.

Paul as a Missionary and Missionaries Today
We discussed the preparations a missionary makes and compared our preparations to Paul's preparations.
We discussed why Paul was so effective and could each with power (he focused on the spiritual-inward preparations and did not concern himself with what the world thought of him)
One of my students recently received a mission call and I began the lesson asking about the instructions he received with his mission call and the list he was to bring. It was a great lead in to discuss missionary preparation.
I pointed out that although good grooming and hygiene is expected of them and should be a priority, sometimes missionaries become caught up in the outward preparations (ties, luggage, white shirts, camera, shoes, coat, pants, belts, hat, etc.) and do not give the same attention to the inward (spiritual) preparation. 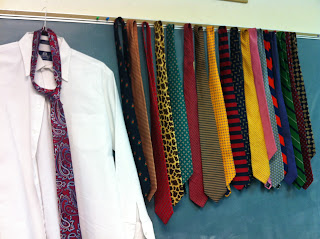 For each neck tie (outward appearance) we named an inward preparation (spiritual) to focus on. Some of those choices were: worthy music, avoiding violent video games, movies, etc. , no serious dating relationships, going on teaching appointments with the full-tme missionaries in your area, studying the scriptures, reading Preach My Gospel, obtaining a Patriarchal Blessing, preparing for the temple, honoring baptismal covenants, and on and on. We had named a spiritual (inward) preparation to match each tie by the time we were done. 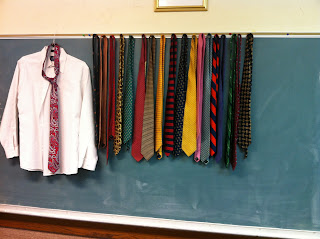 Again, I discussed that supportive, sturdy shoes were important for missionaries as they plan their wardrobes, yet they should not be the focus of missionary preparation. 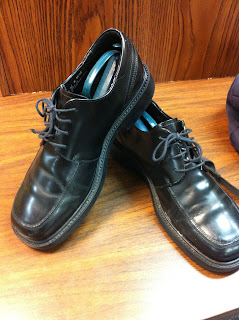 This was an effective visual and encouraged positive, thoughtful discussion.
It was also a very easy visual to collect.
One swoop through my husband's closet and I was set.

We made False Idols today. It was very effective and created some great discussion.
We discussed how easily people are led away from The Lord and begin to worship the false idols of the world.

Thanks to my Seminary Friend, Pam, I remembered to break out the Playdough for today's lesson. I have had several ideas for using Playdough and this worked very well. I used store-bought Playdough as I knew the kids would want a variety of colors, but making the Playdough would have been a fun option, also. Make sure you have tools for them to work with. I gave everyone a plastic knife, fork, and spoon. With 20+ students, I did not have enough tools for everyone to have their own rolling pin, etc., but bring an assortment of kitchen gadgets and their creativity will do the rest.

We studied the following scriptures:
Acts 17: 16 Idolatry
Acts 17:23 Unknown God Worship
Acts 17: 29 We are all children of God
Acts 20: 29-30 Deception
We discussed Apostasy (The Church then and Personal Apostasy now)
Reformation and Restoration (timely since tomorrow is April 6-the 183 anniversary of the Restoration of The Fullness of The Gospel on Earth) 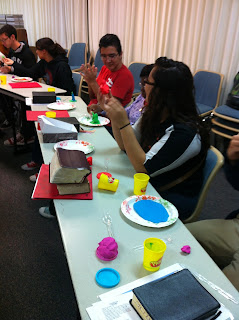 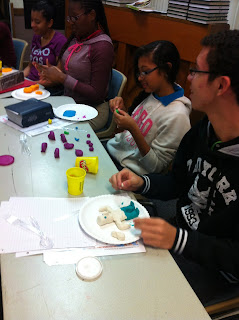 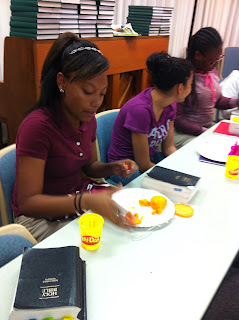 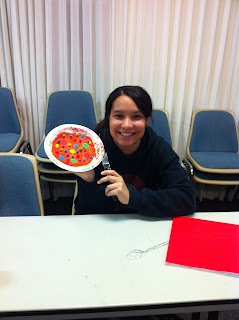 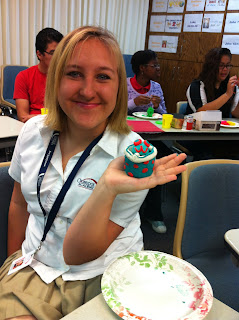 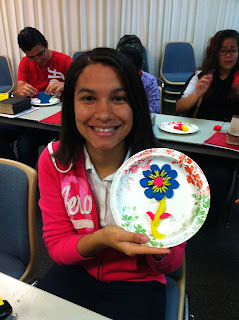 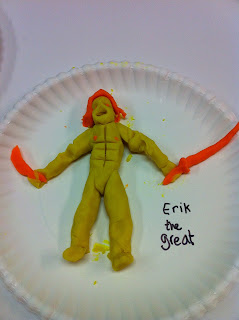 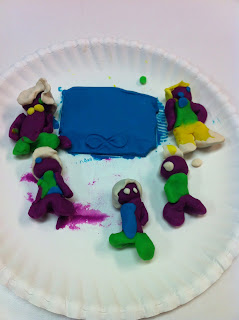 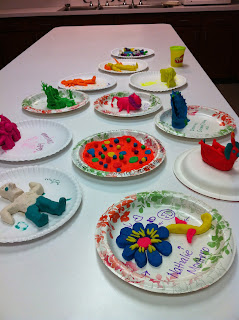 Making The Most Out Of General Conference 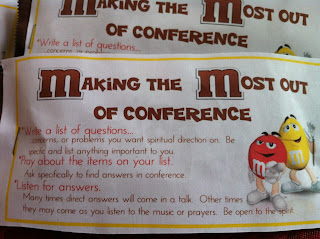 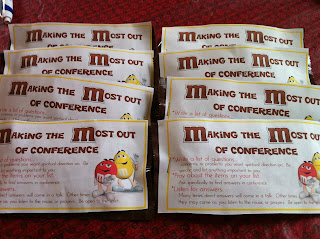 This week, I am spending part of each class preparing my students for LDS General Conference. We viewed "An Ensign To The Nations" by Elder Jeffrey R Holland. As we viewed it, each student had their own copy to read along, underline, highlight, and make notes on. At the end of class, I asked each student to place their copy of this message in the General Conference notebooks/packets I prepared for them.
We are back from Spring Break and ready for the last months of the school year.
Posted by Shauna at 8:50 AM No comments: