Second Coming "Scattergories" (see end of post for other adaptations)
We are studying the signs and events, listed in Doctrine and Covenants 43 and 45, that will take place before Jesus Christ's Second Coming. 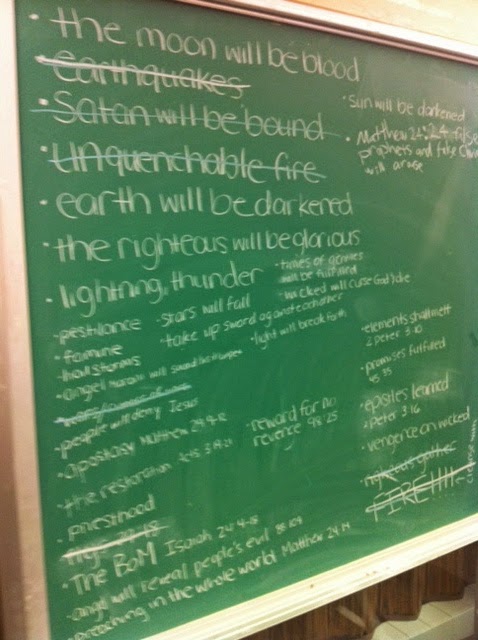 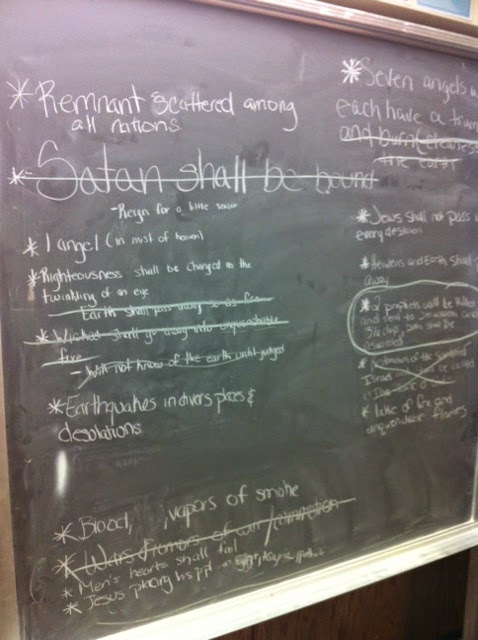 This was a very effective way for the students to dig in and study the different signs of the Second Coming of Jesus Christ. I was very impressed with how interested they were and it helped me to know where to focus our lessons and discussions.

It was interesting to note the teams who figured out the use the footnotes to find other signs of the Second Coming. They used the Topical Guide and their "True to the Faith" books as they made their lists longer and longer.

Going forward:
There is a list of 51 signs of the Second Coming in Bruce R Mc Conkie's book, Mormon Doctrine, under the heading, "Signs of the Times" pp 715-738. This will be helpful to use some of this as we study these lessons.

Other adaptations:
I used this when we studied the names of Christ. They were not allowed to use their books for this one.  ( I think I gave them about 10 minutes)

With or without looking in their scriptures, have each team list the names of people in the Old Testament, New Testament, or Book of Mormon. I am going to do this with people we have studied in the Doctrine and Covenants and Church History after a few more people are introduced. (again, give a time limit-usually 5-10 minutes is good but I gave more time of the signs of the second coming as they had to read)

If they use their books, it is good to have them be prepared to state the reference or location.